The development of wind energy stagnates in Germany, and many experts cast doubt on the nation's ability to reach its climate protection goals. The wind industry is calling for political decision-makers to take action now, and top-level politicians are responding: Angela Merkel has announced a special conference on the energy transition with the leaders of Germany's states in January.

The new WindEnergy trend:index (WEtix) published by the world’s leading wind industry expo, WindEnergy Hamburg, and the market research Institute wind:research shows how aggravated the situation has become in Germany. Overall, more than 5,000 experts from the wind industry have participated in the semi-annual survey since it was first launched in 2018. In the latest survey, Germany received the worst rating since the launch of the WEtix, falling behind all other global regions.  Yet, the overall mood in the international market continues to be positive. In particular, respondents take an optimistic perspective regarding future opportunities the international wind industry might glean from digitalisation and new technologies.

“Problem Child” Germany: Neutral or negative results in all categories
The negative development seen in Germany over the past two years continues. The domestic market situation has received the worst results since WEtix was first launched. Even compared to the world regions, Germany shows the worst performance by far. The current market situation for the German onshore wind industry receives negative marks, with the mood three times as bad as in April 2019. Similarly, the assessment of the current situation in the offshore wind market is clearly in decline, dropping into the negative range for the first time. Survey participants don't have great hopes for the future of the German wind market either: for the first time they expect a negative development in the onshore wind market over the coming two years, with the results for the offshore wind industry barely clinging to the positive range.

Figure 1: How do you assess the current development of the framework conditions for onshore wind energy?

The mood in the international wind market
Over the past few years, the mood in the international wind market has steadily trended upwards across nearly all world regions covered by the survey, from Europe to North America and Asia, through to the rest of the world. However, this trend has partially flattened out in the current assessment for both, the international onshore wind industry and for offshore wind, although the mood in general continues to be seen in a positive light: the results for the current market situation of the onshore wind industry in North America are stagnant, while values for Europe, Asia and the rest of the world are declining. The picture in the offshore wind market is mixed: On the one hand conditions in North America and Asia are receiving increasingly positive ratings, continuing the trend set in the past few years. On the other hand, assessments for Europe and the rest of the world are pessimistic.

Expectations regarding the development of the international wind industry over the coming two years are not quite as optimistic as they were in previous surveys. The ratings of the onshore wind market in North America, Asia and the rest of the world reveal a slight decline, and a much stronger drop for Europe, but they clearly remain within the positive quadrant. By contrast, the upward trend in the North American and Asian offshore wind markets continues, with expectations regarding the future market situation showing a slight drop only in Europe and the rest of the world.

What is more, respondents again expect the consolidation processes in both the onshore and offshore segments to continue at the present high intensity.

Industry associations concerned about the developments
Both the German Federal Wind Energy Association (PWE) and VDMA Power Systems are very concerned about the situation: "Germany must not fall behind – we are currently observing a loss of substance in the wind energy industry, which is a key sector for the country’s energy future. We call upon the Federal Government to return to a common-sense industrial and climate policy, accelerate the permitting processes and expand site eligibility criteria for land-based wind energy projects, and to offer a short and long-term perspective to offshore wind. The global demand for wind energy is strong. There is currently a risk of companies refocusing towards prospering markets that offer more promising conditions. What is more, the availability of renewable energy is increasingly becoming a key location advantage. Investment decisions, such as the one made recently by Tesla, confirm that wind energy is a powerful driver of economic prosperity," Wolfram Axthelm (BWE) and Matthias Zelinger (VDMA Power Systems) agree.

WindEnergy Hamburg from 22 - 25 September 2020
Every two years one of the most fascinating industries meets for the leading global networking hub for wind energy: At WindEnergy Hamburg 2020, right in the heart of the vibrant northern German port city, 1,400 exhibitors will present their innovations and solutions. With half of its exhibitors hailing from abroad, the event has a very international profile. Leading suppliers of system components for all stages of the onshore and offshore wind energy value chain will provide a comprehensive overview of the market. Around 600 service providers offering everything from planning and project design to installation, operation and maintenance, and through to marketing, certification and financing will complete the picture.

The Who's Who of the wind industry, from trade associations, the science community and politics, will be present. The Expo will be accompanied by WindEurope's high-profile conference programme focusing on the industry's current key topics: Hydrogen & Electrification, Global Business and Safety (human & cyber). GWEC, Global Partner of the event, will provide global business insights. More than 35,000 trade visitors from around the world are expected to attend the next WindEnergy Hamburg from 22 to 25 September 2020.

For questions regarding the content, analysis and methodology as well as wind:research:
Dirk Briese, ph. +49 (0)421-43730-0, presse(at)windresearch(dot)de

About the WEtix survey:
The global WEtix survey, which gauges the mood in the wind industry, has been conducted every six months since 2018. Again more than 1,000 market players participated in the fourth survey in October and November 2019. All in all, more than 5,000 industry representatives have taken part in the surveys over the past two years. This has allowed WEtix, which is prepared jointly by WindEnergy Hamburg, the global onshore and offshore wind energy event, and wind:research, the leading market research institute for wind energy, to further solidify its position as a key indicator of the mood throughout the industry.

Figure 3: Overview of the survey period, participants and share of 100per cent completed surveys

As in previous years, the survey is highly representative: Response rates are distributed across various countries and regions and are representative of the respective market sizes with respect to the onshore and offshore wind segments. Again more than 70per cent of responding market stakeholders are active in the German market, and more than 95per cent in the European market. One third of respondents focus on either the Asian or the North American market. With a high concentration of participants in the onshore wind market, the distribution of respondents across segments is nearly identical to that of the April 2019 survey. 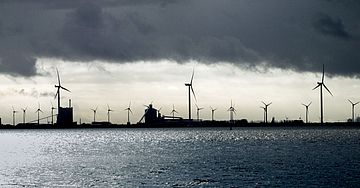 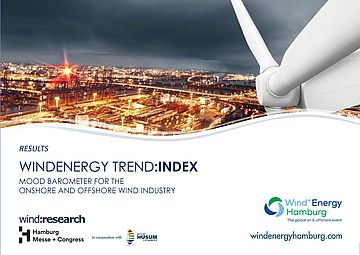 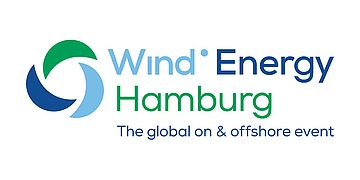