For shipowners, shipyards and suppliers, climate protection is a top priority. What stakeholders are unsure about, however, is how to implement it: There is still no clarity what fuel will prevail as the industry steers towards a carbon-neutral future. There can be no doubt that conventional propulsion is on its way out. In September 2022 the leading international maritime trade fair in Hamburg will provide guidance for the sector’s ‘green transition’.

It is a staggering number: According to EMSA, the European Maritime Safety Agency, ship traffic in Europe emits 140 million tonnes of CO2 per year, nearly one fifth of global maritime greenhouse gas emissions. “Despite the fact that the shipping sector has improved its environmental footprint in recent years, major challenges remain for decarbonisation,” says Adina V?lean, the EU Commissioner for Transport. Maritime stakeholders are well aware of their responsibility, as the current SMM Maritime Industry Report (MIR), a broad survey among decision-makers in the shipping, shipbuilding and supply segments, shows. 70 per cent of responding shipowners said they intend to invest in their fleets in the next two years to cut emissions. 85 per cent of responding decision-makers at shipyards and supply companies see environment protection and sustainability at the top of the maritime agenda in the coming years, making it the most important topic by far.

So there is plenty of willingness – but what about realisation? "From low-emission engines to smart operating software, and through to reliable ballast water management systems, our exhibitors at SMM in September next year will highlight everything that is technically possible. We are the showcase of state-of-the-art maritime technologies," says Claus Ulrich Selbach, Business Unit Director – Maritime and Technology Fairs & Exhibitions at Hamburg Messe und Congress (HMC).

The stuff green dreams are made of

One key question has yet to be answered: LNG, hybrid technologies, biofuels, batteries, hydrogen or ammonia – which propulsion technology is it going to be? The uncertainty is clearly reflected in the SMM MIR, which also indicates a cautious change of focus. Liquefied natural gas (LNG), long favoured as a transitional fuel, has lost some support among responding shipowners: Only 35 per cent would opt for LNG-powered ships today, compared to 45 per cent in 2019. On the other hand, 60 per cent of responding shipyards expect high demand for LNG-propelled vessels, an assessment supported by a number of major newbuilding orders received from owners like Hapag-Lloyd. Hybrid solutions – such as combinations of fossil fuels with battery technology – are considered as promising by responding shipyards in particular. 56 per cent expressed a strong belief in these solutions (compared to 44 per cent of suppliers, and 32 per cent of shipowners).

Maersk has adopted a different strategy. The global leader in the container shipping market recently ordered eight large vessels (16,000 TEU) using methanol as fuel. "In this scenario, renewable energy is used to produce hydrogen, which is then converted into methanol, an alcohol that can be used almost like diesel. It is even possible to convert our older ships to methanol," says Maersk CEO Søren Skou. Maersk expects to reduce its CO2 emissions by 1 million tonnes per year. The market leader aspires to be carbon-neutral by 2050, a much more ambitious goal than that proclaimed by International Maritime Organization (IMO). The trend towards methanol is reflected in the MIR results: Every seventh respondent would opt for methanol as fuel. All in all, hydrogen-based solutions take second place among the fuels favoured by shipowners, showing a 33 per cent approval rating.

Another potential game changer for the industry is ammonia: Not only does it burn without emitting CO2 similar to hydrogen, but it also features higher energy density and is easier to store. Strong arguments in favour of this fuel, says shipowner Alfred Hartmann, president of the German Shipowners Association (VDR). His tanker company has joined forces with the engine manufacturer MAN Energy Solutions and the ammonia specialist OCI to jointly build a maritime NH3 gas value chain. The company's new tankers transport ammonia and use it as fuel: "We feel strongly about the potential environmental benefits of ammonia-powered ships,” says Hartmann. 40 per cent of responding shipowner managers agree, according to the SMM MIR.

Governments could accelerate the transformation

One thing is clear: Conventional fossil fuels will soon be a matter of the past. The ratio of shipowners preferring heavy fuel oil dropped from 20 per cent in 2019 to 8 per cent now, while the 20 per cent approval rating of marine diesel in the year 2019 has nearly been cut in half. This trend is likely to accelerate further as governments raise the price of CO2 emissions. The future rate of increase in Germany will to some extent depend on the outcome of the national elections on 26 September.

"When it comes to shipping, the discussion always revolves around the technical aspects. But the technology needed to accomplish the maritime energy transition has been fully available for some time. For years the challenge has been at the political and general societal level," Dr. Uwe Lauber, CEO of MAN Energy Solutions, points out. "We are perfectly able to build engines running on zero-emission fuels today. But we cannot make the decision to bring synthetic fuels to the market by ourselves."

Dr. Reinhard Lüken, General Manager of the German Shipbuilding and Ocean Industries Association (VSM), believes that Europe's ambitious climate protection goals can best be achieved if climate protection is linked to business success. "We need to act where we can shape matters on our own. In Europe, we have the technical solutions, we have a huge internal market and we have the political will to move ahead. Together we can create a climate-neutral maritime transport infrastructure much faster – and made in Europe!"

Know-how is in demand

Whatever the case, to achieve zero-emission shipping those in charge need to make far-reaching decisions: "A misstep today in newbuild fuel strategies can have damaging consequences for businesses and assets in the future,” says Knut Ørbeck-Nilssen, CEO of DNV Maritime. To support shipowners in dealing with the tricky fuel question, the classification society has developed a "Decarbonisation Stairway", a practical guide including detailed calculations and scenarios which help the industry navigate around risks and uncertainties.

All this will also be a key topic at the next SMM: For example, Claus Ulrich Selbach expects the environmental conference gmec to deliver practical advice: "There will be first-rate experts on site for companies to consult with on the maritime transition. We can only hope to overcome climate change, the greatest challenge of our time, by combining all available know-how,” says Selbach.

About the Maritime Industry Report (MIR)

This is the third time Hamburg Messe und Congress (HMC) and the market research organisation mindline are jointly publishing the MIR. The report reflects the views of high-level decision-makers from international shipowning companies, shipyards and suppliers regarding planned investments and the economic and technological development, providing an accurate mood barometer of the maritime industry.

SMM, the leading international maritime trade fair, takes place on the Hamburg Messe und Congress (HMC) exhibition campus every two years. With the leitmotif “Driving The Maritime Transition”, SMM will bring together the maritime community in Hamburg from 6 to 9 September 2022. International experts will discuss current challenges and innovative solutions for the maritime industry. 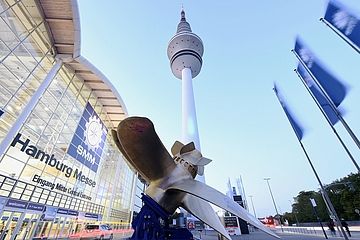 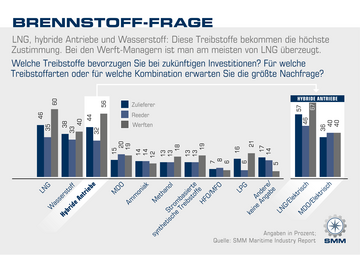 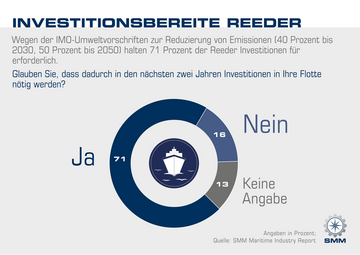 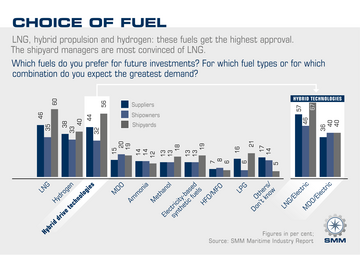 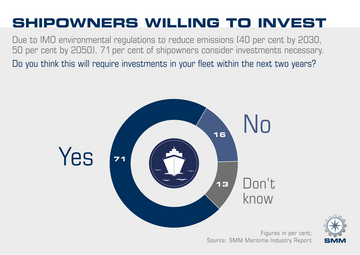